The Link Between Depression in Mothers and Their Baby’s Sleep

It’s common for newborn babies to not sleep through the night, as do their parents. However, research shows that the first six months of life are extremely important in the development of sleeping patterns (circadian rhythms) for the future. New studies show that babies whose mothers suffered from depression before they were pregnant or during their pregnancy are much more likely to having erratic sleep patterns in their first six months than other babies. We’ll explore in this article exactly what this link means for newborns. 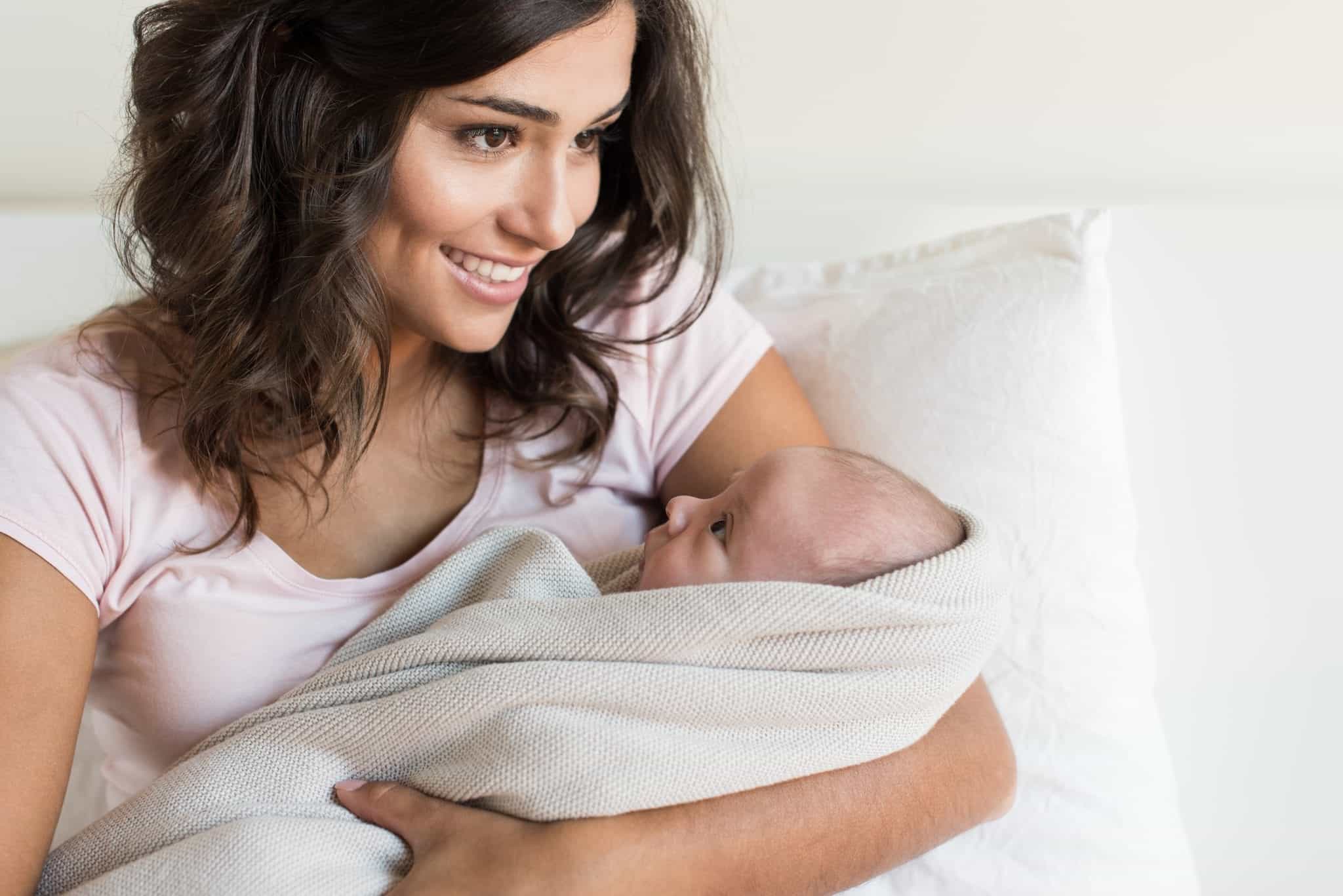 The Background to the Study

This latest study comes from years of studying the link between sleep and depression and circadian rhythms, and finding that they were closely interlinked. At first, the research focused on adults and teenagers, before they moved on to looking at the link in newborns. This research is based on studies of sleep between two groups of newborn babies and their mothers. One group is comprised of mothers who suffered from depression during their pregnancy, and the other group is made up of women who have never suffered from depression in the past or present.

The women in both groups wore small devices on their wrists called actigraphs which evaluated how much sleep they got at night, how much light exposure, and their daytime routine including activity and naps. They started wearing them during the last trimester until their babies were eight months old. Two weeks after the birth of their babies, each child also received a small actigraph to wear for eight months.

The study showed quite conclusively that babies who were born to depressed mothers had nearly zero or zero evidence of an innate 24-hour circadian rhythm after birth, whereas the babies born to mothers without depression had this. This continued throughout the length of the study. As Nancy Kruger, a psychology writer at Australian help and Oxessays explains, “if sleep is constantly disrupted and there are no clear circadian rhythms, these individuals grow up to be much more likely to also develop depression. This is why it’s so important for all babies and new mothers to get the best sleep possible.”

One key connection found that babies born to moms who were depressed tend to nap more during the day, take more time to get to sleep at night, and also wake up much more often throughout their sleep. This is like insomnia in adults but starts much earlier. This creates more sleepless nights in parents but also means that those children may be more likely to suffer from depression later on in their lives. Researchers did reassure families that babies born to depressed mothers will not necessarily follow in their footsteps even if depression runs in families, while also warning non-depressed parents that they should still closely monitor their baby’s sleep. 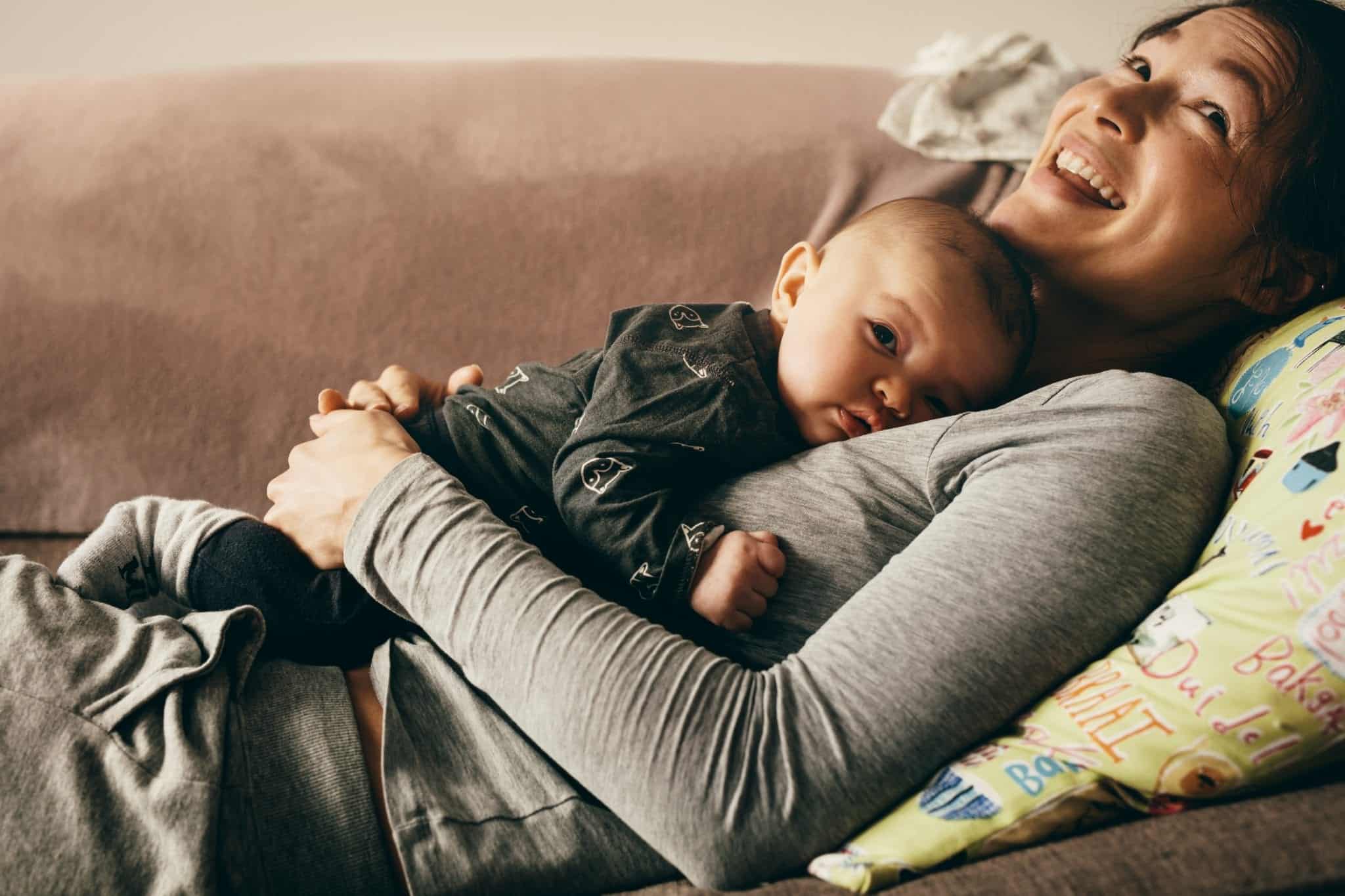 It’s very important for babies to be trained in the fist few months to sleep when it’s dark and be awake when it’s light out, so that their circadian rhythm can develop properly. Young babies that are two months or younger need 11 to 18 hours of sleep, so napping is also recommended, and for the next ten months 11 to 15 hours of sleep is required. Then, infants between the ages of 1 and 3 need 12 to 14 hours. That’s why it’s important to establish rituals around bedtime to help children understand the difference between nighttime sleeping and daytime sleeping, such as night clothes and day clothes.

It’s also important to build a sleep schedule around bright lights during the day to get your body’s circadian rhythm to associated light cycles with sleeping. Make sure you’re not shining the light in their eyes and they’re protected from direct sunlight. By four months old, the sleep schedule should be much more regular and centered on nighttime sleep with fewer breaks. In fact, Georgie Prince, a health blogger at Academized and Paper Fellows, adds that “during this time, it’s also important for the new mother to sleep on a regular schedule as well. The post-natal period is a high-risk time for depression in new mothers, even if they have no prior background of depression, and lack of sleep is a contributing factor.”

By making sure you’re monitoring your baby’s sleep patterns and building a natural schedule for sleep from the earliest age, you’re giving your child the best possible chances to have normal sleep patterns later in life and prevent depression.

Ellie Coverdale, a health writer at Ukwritings and Essayroo, shares her insights on psychology and health in families. She is interested in the links between families and physical and mental health. You can also find her work at Boomessays. In her free time, she practices yoga and meditation.

Latest posts by LifeAsMama (see all)

How To Adapt Your Home For the Toddler...

Embracing Body Positivity During and After Pregnancy

The Effects Of Stress And Ways To Manage...

7 Soothing Things to Say to Your Child...

How to Maintain Healthy Skin During Postpartum

Teach Them Right: The Benefits Of Having Pets For Kids