In recent years, Iceland has become the top of many people’s bucket lists. You’ll be hard pressed to find someone who doesn’t cite Iceland as their must-visit destination, and the internet is filled with picturesque odes to the Nordic nation.

So what’s all the fuss about? We take a look at the top reasons to visit Iceland, as well as how to do so in luxury so that your trip is truly a once-in-a-lifetime experience. 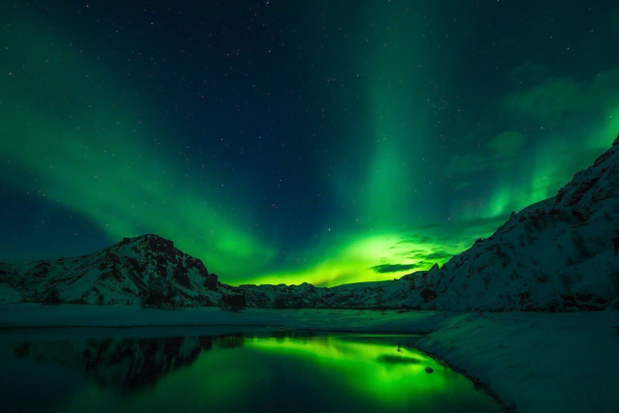 the Aurora Borealis in Iceland over a glacier lake

Located at the very top of the world, Iceland is one of the best locations for viewing the Aurora Borealis (AKA the “Northern Lights”). Who hasn’t put seeing this spectacular celestial display on their bucket list? Watching the swirling green lights dance across the sky is an almost otherworldly experience! Although the Northern Lights occur all year round, the best time for visibility is between September and early April, from 8pm until 2am.

If you’re someone who loves to bask in the sun, then Iceland in summer is your place to be! In the Icelandic summer, during Mid-May to late July, the sun sets (if you can call it that) at midnight and rises again just a few short hours later at 3am. So many more hours of bright daylight means so much more time to explore the landscapes and watch breathtaking midnight sunsets you wouldn’t be able to see anywhere else in the world!

A whale of a time! 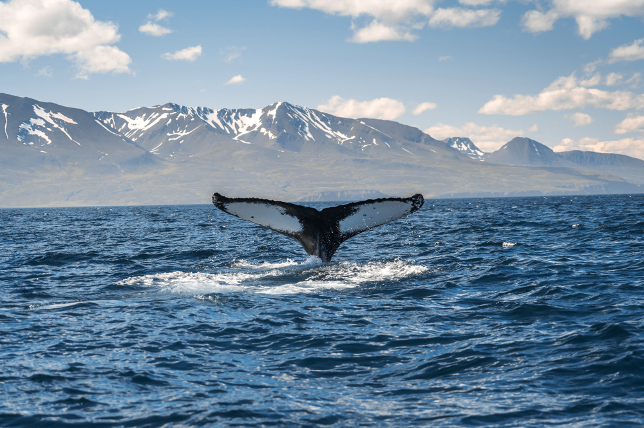 If you’re fond of these massive sea mammals, then whale watching should definitely be one of your top reasons to visit Iceland! There are at least 20 species of whale, including humpback whales and minke whales, that live around the island, so you’re almost guaranteed to spot something when you go on a whale watching tour.

See the best of both worlds

Iceland isn’t nicknamed “the Land of Ice and Fire” for nothing. For the “ice” part of the trip, you can explore the multitude of glaciers and glacial lakes, such as the Jökulsárlón lagoon lake in southeast Iceland – an unbelievable natural wonder set amidst a myriad of hues of blues.

Explore Iceland’s “fire” with a visit to the Þríhnúkagígur, which is a dormant volcano featuring the only magma chamber in the world that you can descend into. And that’s not the only volcano there is to explore. Iceland is home to an astonishing number of volcanoes, some active, and some dormant. A volcanologist’s paradise!

Swim in a geothermal lake 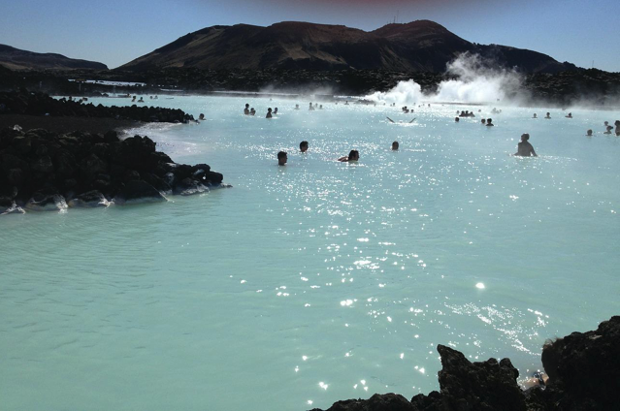 Iceland is famed for its huge array of natural hot pools, which are not only incredibly beautiful, but good for you too. The warm seawater, such as what is found in the popular Blue Lagoon – a large lake on the Reykjanes peninsula – is rich with minerals like sulphur and silica that are known to rejuvenate and heal the skin. The water is a cosy 102 degrees and an azure blue that really has to be seen to be believed.

Quite a novelty, and a sight to behold indeed, are Iceland’s black beaches. Reynisfjara, a black pebble beach, is close to the quaint village of Vik which also boasts impressive black cliffs. For another unbelievable sight, and one with an almost dream-like quality, visit the “Diamond Beach”, which is also a black sand beach adorned with fragments of ice most of the year, making it look like it has been strewn with diamonds – the effect only amplified by the black sand backdrop.

In 2013, the World Economic Forum’s Travel and Tourism Competitiveness Report on global tourism chose Iceland as the friendliest nation in the world. Ask anyone who has travelled to Iceland – the locals welcome tourists with open arms, and the nation as a whole just feels warm, friendly and accepting.

And your travels won’t find you hungry, that’s for sure. Scandinavian food is renowned for being wholesome and fresh, with GMOs and artificial ingredients being used quite scarcely.

Home to many of Iceland’s most astonishing and breathtaking natural wonders, the highlands take up most of the country’s interior. Commonly known as “the heart of Iceland”, the highlands are as isolated and untouched as it gets – you can travel for hours and hours, surrounded by volcanic desert, and not see a single sign of civilization.

Perfect for a luxury getaway

Due to its majestic beauty, and so many must-see remote destinations within the country itself, Iceland lends itself to the perfect luxury trip. After all, how can you look at the most extravagant wonders nature has to offer, and not do so in luxury? There are many luxury packages that include private jet charter, accommodation in glass-ceilinged buildings that allow you to watch the Northern Lights in bed, complete with sightseeing stop offs that are unparalleled.

What are you waiting for?

Magical black beaches and incredible lava rock formations, glittering glaciers and larger-than-life mountains. There’s all this, and so much more when you visit Iceland.

Latest posts by LifeAsMama (see all)

Three Vacation Ideas for Quality Time With Your...

Familymoon Ideas Your Kids Will Love

How To Effectively Prepare For Your Next Trip

Six US National Parks Your Family Will Love

5 Tips To Motivate Yourself To Work Out While Pregnant

5 Unique Gifts To Give Your Family