Discover The Value In Teaching Your Child A Second Language

Whether you speak a second language or not, the chances are that you would like for your kids to at least dip their toes into the benefits of bilingualism. After all, haven’t you always noticed how individuals who speak multiple languages tend to do pretty well in life? The truth is, there is immense value in teaching your child a second language.

Aside from being a fluke or a reflection on lifestyles in general, this trend points to one simple fact – learning languages at an early age can significantly help with prospects in later life. Why? Because languages offer all manner of educational benefits, especially during the stage when children’s brains are the most malleable to all-important change.

With languages now more accessible for children than ever thanks to programs like Dora the Explorer or even apps like DinoLingo that use dictionary api capabilities to translate words and significantly simplify the learning process, there’s simply no excuse not to dive into those plus points. To further prove that fact, we’re going to consider just three of the reasons why languages could prove transformative, especially from an academic standpoint.

Increasing understanding of their own language

You might think that piling a second language onto kids who are only just learning their first could be overwhelming, but the ability to speak multiple languages can actually enhance understanding of each. This is because, for our mother tongue especially, we often get into the complacency of using sayings, phrases, tenses, etc. without really thinking about what they are or what they mean. But, by introducing a second language like French that relies very heavily on the correct tense and usage, you can simultaneously get your kids thinking about these often complex concepts far earlier than they might have otherwise.

Languages also provide known cognitive benefits that can significantly enhance academic achievements. Studies especially reveal that the brains of bilingual children tend to develop denser gray matter, particularly if second languages are introduced before the age of five. This density has been associated with not just enhanced language skills, but also improvements in memory and attention among others. You could argue, then, that learning another language early literally boosts brainpower to make academic success more likely. 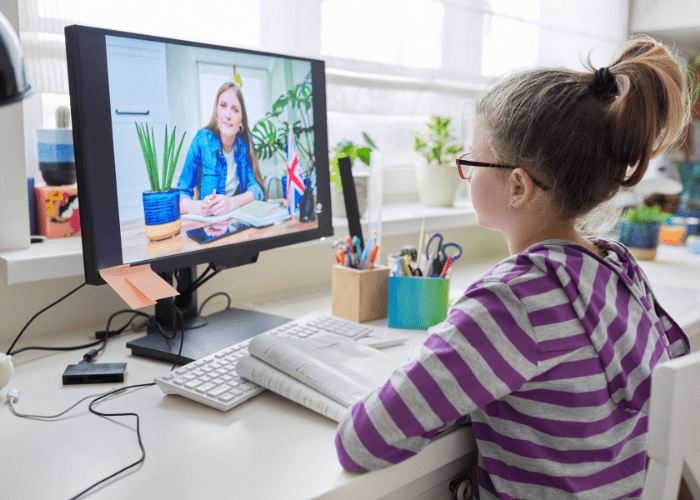 Second languages can also help to enhance problem-solving that can help your child to prepare for life in the classroom and out of it. For one thing, the ability to discuss/debate issues in multiple languages enhances their understanding, and thus inherently leads to increased problem solving even outside of a child’s comfort zone, e.g. on vacation or across culturally diverse environments. Further to this, increased understanding surrounding communication and empathy can work with that increased gray matter density to generally provide children with the tools that they need to better handle any situation both in and outside of any academic setting.

While your children might not necessarily be fluent in multiple languages straight away, or even after a few years of learning, these points prove why at least starting on a second language before the age of five could provide them with a certain academic je ne sai quoi.

How To Create The Perfect Kids Bedroom

5 Popular Dresses for Tween Girls & Which...

Homeschooling: What You Can Learn From the Experts

The Best Gifts For Teenagers

How to Survive AND Enjoy a Beach Vacation...

Gift Giving: What Can You Buy for New Parents?

Make Christmas Special For Your Mom With These Gift Ideas