5 Signs You Have A Sensitive Child

As my daughter has gotten older, we’ve faced many obstacles that all parents have to overcome. Issues such as discipline, teaching listening skills and patience are just a few. But somewhere along the line I noticed that my little girl feels things deeply for a 3-year old, and that her relationship with many “normal” things in the world is a little more different. She’s sensitive. Now, she has not been diagnosed as “highly sensitive,” in which her nervous system makes her hyper aware and quick to react to situations and I don’t think that is her anyways. We don’t have to make major adjustments in our daily life, but I have noticed that her reactions to people and stimuli around her seem to differ from that of her peers. If you find yourself thinking the same way about your kids, here are some signs you have a sensitive child. 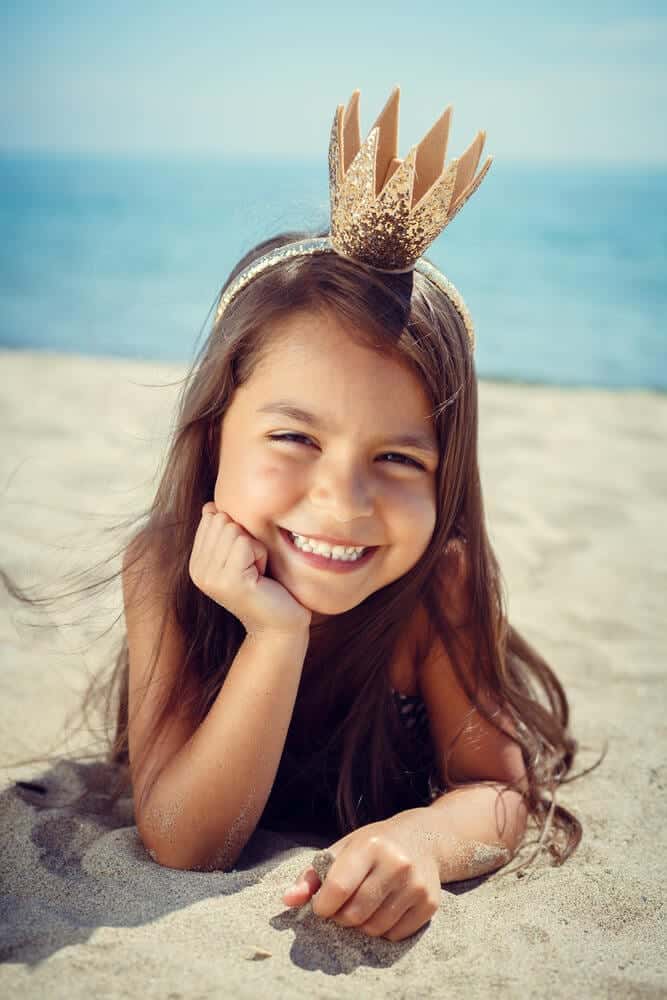 From scraped knees, to the excitement of watching their favorite movie, to the realization that they cannot go on a ride at at theme park- sensitive kids feel strongly and will show their feelings. My daughter will be fine one second, and the minute she sees the bandaid covering the wound from the day before will launch into a cryfest. She feels as if it just happened. I’d venture to say that most of their reactions are not shown in anger, but deep sadness (i.e., there are not a lot of tantrums in our house!). On the flip side, sensitive kids are some of the most loving kids you will encounter. They will tell you they love you and miss you (even though you’ve been with them the whole day) 20 times a day. They love being held, and giving hugs and kisses.

Noises like motorcycles, loud barking from dogs, vacuum cleaners and hair dryers are a sensitive kids worst nightmare. In our house, the biggest adjustment we’ve had to make is vacuuming when my daughter is out of the house, because it terrifies her. Even if I put her in another room and close the door, when I come back after vacuuming she is a shaking and sobbing mess. I’ve asked her if she is scared and why, but she’s still just a little too young to be able to fully articulate her feelings. As long as you know the limits of your sensitive kids, you’ll get used to it. Sometimes all my daughter needs to do to cope is plug her ears until the noise has passed and then she’s back to playing. Whether its avoidance all together, or learning an activity to mummify or distract your kids, help them find a coping mechanism.

3. They React Strongly To Yelling Or Firm Instruction

To a sensitive child, it’s difficult to decipher between anger and firm instruction, because the tones in an adults voice are often the same for both. The same goes for yelling, which can make a sensitive kid feel afraid. This means that often times, these kids may not do well in a sport that involves a lot of coaching, because they will interpret instruction as a criticism or that they are in trouble. But just because you have a firm coach or teacher, doesn’t mean your sensitive kid will automatically run away crying. On the contrary, a firm teacher who is also complementary of your child’s efforts can go a long way. For example, my daughter has one of the strictest swim teachers in her program- and she absolutely loves her. This teacher is serious in her teaching, but also makes sure the kids are built up with positive affirmations too. We have also been with this teacher for over a year, and there is a level of trust with my daughter. Consequently, we’ve tried both dance and soccer classes within the last month, and my daughter has left crying from both. If your child is sensitive, just keep trying until you’ve found something that works for both of you. Don’t be afraid to provide them with the important social interaction they need!

4. They Cry When Other Kids Cry

One of the most confounding issues with a sensitive child is that they cry when other kids cry- and they don’t even know why. I can’t even count the number of times my daughter has left the playground, resisted going into Sunday school or had a difficult time in a swim lesson, all because another child was crying. My basic belief is that she senses there is something to be afraid of- because that’s when she cries the most. Her instinct is to get away from the crying, but in the meantime she cries too out of fear. Whatever the reason, if your child cries when they hear others doing it, you may have a sensitive child.

5. They Have A Hard Time Telling Other Children “No”

In addition to feeling strongly about their own emotions, sensitive kids also have an awareness for the feelings of other kids. This means they have an easy time going along with other kids, but often have a challenging time saying “no.” In particular, my daughter finds it difficult to tell other kids to stop pushing, pulling or being mean. Many times, I have to intervene when a child is physically hurting her, because she is quietly standing there instead of saying “please stop.” Part of this comes with age, but I also know it’s because she’s so sensitive and confused as to why another person is hurting her. We are working on phrases for her to use, but it’s a work in progress. Sensitive kids may also willingly allow toys to be taken from them or to go along with games they don’t want to play. At the very least, they are usually great sharers and play well with others.

This article on signs of sensitive kids is not meant to replace a visit with your doctor if you feel your child may have a nervous system that is highly sensitive. Always heed the advice of your medical practitioner!

7 Helpful Tips to Get Your Kids Excited...

How To Master The Art Of Homeschooling

I'm a born and bred Southern California native and currently the managing editor at Red Tri. I get to share my life with my husband of 13 years and our beautiful, 5-year old daughter. In my free time you'll catch me cheering for the Dodgers, cooking, baking, reading, crafting and probably watching a little HGTV!