8 Secrets To Surviving Pregnancy While Caring For A Toddler

If you are expecting your second baby, congratulations! Being pregnant is such an exciting time in a woman’s life. It also can be a really difficult time. Everything from having morning sickness, to being exhausted, to getting hemorrhoids, can make it a pretty trying time. It’s even more trying when you have a toddler to care for, entertain, and chase around. I had to learn this the hard way as I am currently expecting my second child. As excited as I am, I have to admit it’s been really hard on both me and my son. From very early on I have been beyond exhausted and I have found myself easily irritated, especially by my son. Since I’m closing in on my last few weeks, I have learned a few things from my pregnancy journey and how to deal with a toddler while experiencing all the glories and horrors of pregnancy. Here are 8 tips I recommend trying in order to make it through a pregnancy while caring for a toddler. 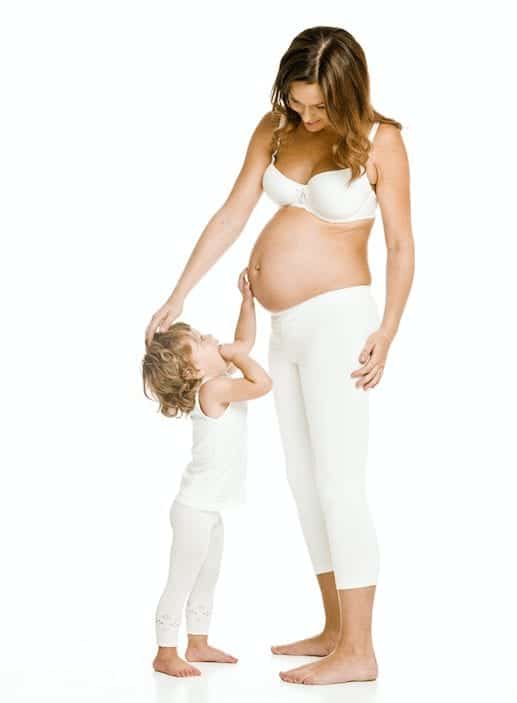 Of course one of the biggest things anyone will tell you when you’re pregnant, whether you have other children or not, is to rest. It’s one of those things that you usually laugh at because who has time to rest? But seriously, you need to make time for it. I often times found myself napping when my son was napping (I’m lucky that he still takes an afternoon nap). If your toddler doesn’t nap, simply lay on the sofa while you play with them. You can still play and interact with your child while you’re relaxing.

2. Accept That You Simply Can’t Run Around Like You Used To

Before I got pregnant I was really good about getting my son out of the house almost every day and either going to the park, going on a walk, blowing bubbles in the front yard, or letting him ride his bike or scooter around outside. I ran around with him, played with him, and we had a lot of fun. Then I got pregnant and exhaustion overtook me. I ended up letting him watch a lot more cartoons and movies and for a while I was feeling really guilty about it, but I honestly didn’t have the energy on some days to even move. I can’t even imagine how much harder it would have been if I had morning sickness! I was telling my grandmother about this struggle and she gave me some great words of advice. First of all, she told me it was okay and second of all, she told me that all I could do was my best and that I had to accept what that was. For some days, giving my best was laying on the sofa while my son quietly watched a few cartoons. Did we do that all day long? No, but just the few extra minutes allowed me to get the rest I needed.

One of my very favorite things to do while pregnant is to take my son to the local fast food restaurant and let him play in the “play place” there. It’s great because your child gets to play on a playground setting with other kids, but since they’re much safer than playgrounds at the park and generally less crowded (especially during off times) I could let him run around in there while I enjoyed sitting and watching from the outside. It also allowed me to have some “me” time. We didn’t always buy meals there because I would have gone broke if I did considering how often we went, but sometimes I would just order a small snack, a drink, or even a dessert. Something small to justify sitting in the establishment for about an hour so my son could run around, play, and get his wiggles out so we could go home and all take a nap.

4. Enroll Your Toddler In Preschool If Possible

If your child is old enough, you could enroll them in preschool. My son, unfortunately, was not, but in the back of my mind I always thought how nice it would be to have a few hours a week uninterrupted so I could sleep or get things done around the house. Usually preschools are only a few hours a few days a week, so you won’t feel like you’re sending your child off to boarding school, it will just give you a few extra hours of quiet “me” time that is always greatly needed when pregnant.

I’ll admit, asking people for help is really hard for me. For some reason I feel like a bad mom when I ask someone to watch my son. I just feel like I’m burdening the person and I feel bad that I’m not spending time with my child. However, there were a few days during my pregnancy that I just simply could not deal with my son. His energy and demands were just too much for my exhausted pregnant body. I ended up asking my mom, sister in laws, and friends to watch my son for a few hours so I could get some rest. I know it’s hard to ask for the help, but trust me, it’s worth your pride and guilt and honestly, my son always had so much fun spending time with someone else that he didn’t even miss me.

6. Leave The Housework For Another Day

This is perhaps one of the hardest things for us moms to accept, but on some days you’re just going to have to leave the housework for another day. There may be piles of laundry to do, dishes in the sink, dusting to get done, and floors to mop, but there’s always another day for those things. Don’t exhaust yourself doing too much. Do what you can and then take a rest. There were many days during the first few months of my pregnancy where all I accomplished for the day was giving myself and my son a shower.

7. Give Yourself Some “Me” Time

When you have kids, getting some quality time to yourself is essential, even if you’re not pregnant. I know it’s hard to find extra time during your days and weeks to go out with friends or get a pedicure, so often times I often had “me” time while doing some grocery shopping at Target. Even though I was still running errands, I didn’t have an impatient toddler asking when we were going to go home, if he could have some candy, or telling me that he wanted to buy every superhero item he saw. Plus, I spent a few extra minutes perusing the fun isles like the home decor, clothing, beauty and more.

8. Have Your Significant Other Help Out More

I’m really lucky to have a husband who helps out a lot when it comes to caring for my son, but until you’re pregnant you never really realize how much you do for your child until you can’t bend over as easily, moving around is difficult, and disciplining is incredibly irritating. Whenever my husband was home, I had him get my son dressed, changed his diaper, got snacks for him, gave him a bath, disciplined him and do everything he could so I could sit and relax. Does that sound lazy? Maybe to some, but when getting up off the sofa alone drains your energy, it was a life saver. Your significant other hopefully will realize how much you need this help, but if they don’t explain to them how hard it is for you to do those tasks and how much help they would be by doing them for you.

7 Tips To Help Your Kids Get Better...

A Guide To Purchasing Tech For Kids

Embracing Body Positivity During and After Pregnancy

9 Preschooler-Approved Shows To Watch With Your Kids