What Should My Two-Year-Old Know?

Toddlers are constantly learning. The majority of what kids go through in their first year is physical. The second year is a whole new ball game — when physical skill development really begins to meet cognitive. Two-year-olds really start to take an interest in the world around them.

While you might be amazed — or frustrated — by what your two-year-old says or does, the most important thing to keep in mind is that kids do not have the mental capacities of adults, and everything they go through at this age is just a phase. By the time they’re three, you’ll have a whole new set of challenges! 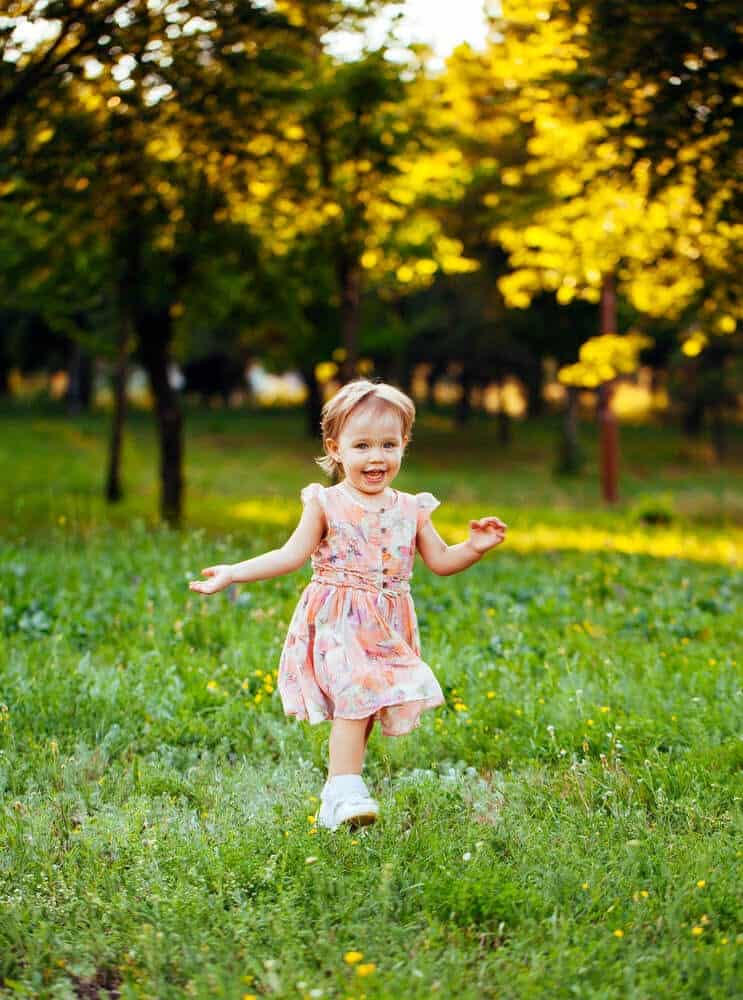 Two is when kids really start to master some of their physical skills. They should be able to run, go up and down steps while holding on, kick balls and walk on their tip-toes. They might start trying to climb things if they haven’t already, so make sure your home is safe! Anchoring heavy furniture to walls or the floor is a great way to prevent accidents.

Two-year-olds will also be experimenting with motion. They’ll try all kinds of ways to go from A to B, including walking, rolling, crawling and even riding the family dog. Let them experiment as much as they can, but don’t be afraid to set firm limits — it’s vital to kids to have boundaries. It’s the chains on a swing that lets you fly high enough to have fun, after all.

A two-year-old is just starting to become social. They’re probably incredibly interested in what other kids are doing and are excited to be around them. You shouldn’t really expect them to actually play with the other kids yet, though, since they’ll still mostly do their own thing. They might start to try and play games together, but it will probably be in short bursts of very simple games.

Any disagreements between kids should be closely monitored by adults. At this age, the kids don’t have any impulse control and things can get physical quickly. Use this opportunity to teach the kids how to handle conflict appropriately. Mastery of this technique likely won’t come quickly, but teaching them early will help them to deal with situations appropriately later when you aren’t there.

When a child turns two, they should usually be speaking approximately 50 words and stringing them into two or three word sentences. Over the next year, this will skyrocket. Once they hit three, your child will probably be carrying on conversations with you — although it may be the exact same conversation over and over again.

In addition to how they talk, you should be aware of how you talk. If you haven’t dropped the swear words from your adult conversations yet, this is the time to do so. Two-year-olds love to imitate, and they will happily repeat just about anything they hear. It’s time to get friendly with “fudge,” “dangnabit,” and “oh, shucks!”

Bring on the tantrums! Two-year-olds are known for tantrums, and it’s usually due to frustration. They can understand and think things, but they often lack the vocabulary to articulate it. This can lead to meltdowns. To mitigate them, keep in mind the basics and try to meet their needs. Check for hunger, sleepiness, loneliness or boredom. But keep in mind that tantrums are a normal part of development, and there’s no way to avoid them all.

At this point, children should also be able to follow simple directions. Things like “put your shoes away” or “pick up the blue ball” should be doable. Throughout the year, they should start to follow more complex instructions, like being able to wash their hands. You will probably still want to supervise this, however, since you can never tell just how much soap they’ll want to use!

They’ll also start to understand the idea of time and that they may have to wait for something they want. Give them opportunities to practice waiting at home before you ask them to do it in public, and you’re less likely to be met with a tantrum.

With all of these milestones to hit, it’s easy to get caught up in comparing your kid to everyone else’s. But childhood, toddlerhood included, is a special time that is specific to your child. If they’re missing one or two items from this list, it’s no cause for concern. Each child is different. Love them for who they are instead of comparing them to what other kids are doing.

Jennifer Landis is a 27-year-old healthy living blogger who loves yoga, running, and dancing it out with her toddler! You can find more from Jennifer at her blog, Mindfulness Mama, or by following her on Twitter: @jenniferelandis.

How To Entertain An Active Toddler

How To Get Your Toddler To Listen Without...

The Best Construction and Building Toys For Toddlers

Having A Toddler While Pregnant: 5 Life Saving...

Ways To Prepare Your Child For Preschool Or...

5 Ways to Occupy School-Aged Children While You...